Toronto police are seeking the public’s help in locating a woman wanted in a Innisfil, Ont. fraud investigation.

Police say at the beginning of December 2016, a 24-year-old woman lost her bank card and on December 9, that bank card was allegedly used by a woman at a bank in Innisfil. 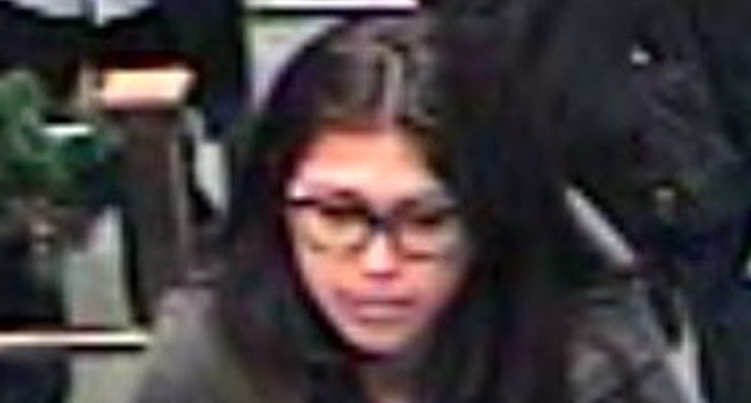 The accused is described as having long, straight, dark hair. She was last seen wearing prescription glasses with dark square frames.

Read more at Inside Toronto