Ever get a text asking if you want to earn extra money as a mystery shopper? Or by putting ads on your car? If so, you’ve been the target of fraud. It’s a growing problem: 767 Canadians have fallen victim to fraud through text message so far this year, according to data from the Canadian Anti-Fraud Centre. And that’s just the reported cases – the Centre estimates that they only hear about five per cent of such frauds.

Using smartphones to scam victims is cheap and easy

That’s a huge jump from 2014, when there were only 211 victims. It’s a big business too. So far this year, Canadians have reported losing $567,453 in scams that started with text messages. Everybody’s got a smartphone now. Nice and cheap and easy to do it by text, so that’s what they’re using. People typically lose between $1,800 and $4,500 in these scams. 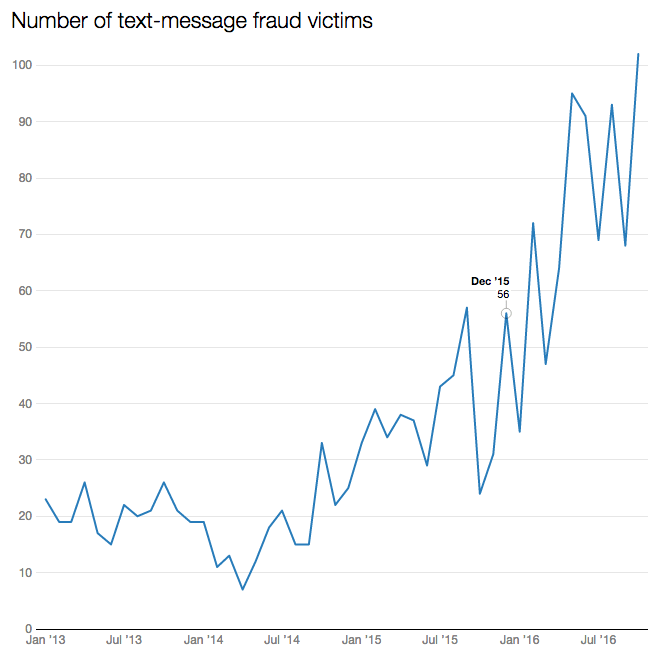 Read more about text message scams at The Globe And Mail.