A man described as one of the ringleaders in the 2012 theft of $18.7-million worth of maple syrup has been found guilty by a jury in Trois-Rivières, Quebec. The Great Maple Syrup Robbery made headlines around the world four years ago. The elaborate caper saw 3,000 tonnes of syrup go missing from a warehouse belonging to the Federation of Quebec Maple Syrup Producers — the regulatory body that controls and manages the syrup trade.

Investigation by police led to the arrests of 26 people

The heist was only discovered when a routine inventory check in July 2012 turned up an empty barrel that was supposed to be full of syrup. Officials with the federation quickly realized that dozens of its barrels contained not the sweet stuff, but water. The resulting investigation by Quebec provincial police led to the arrests of 26 people.

Forced to replace syrup with water by man with gun

On Saturday, Richard Vallières was found guilty of theft, fraud and trafficking stolen goods. During his trial in Quebec Superior Court, he said that he had filled the barrels with water. But he also insisted that he hadn’t wanted to. He testified that he was forced to buy syrup stolen from the federation, and replace it with water, by a man who carried a gun. Sentencing arguments are scheduled for Jan. 27.

Read more about the maple syrup fraud at CBC News. 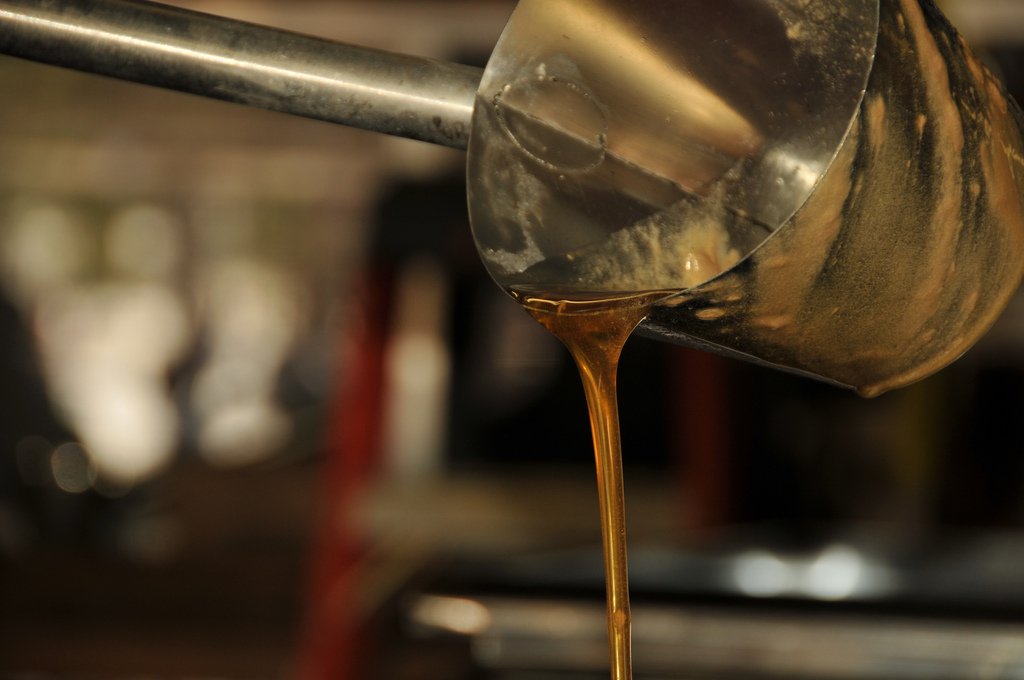