More victims of identity fraud in America than in Europe

Recent statistics showed ‘a notable upstick in police-reported crime’. The rates for fraud in Canada rose with 15 per cent, and identity fraud with 9 per cent (read more). Identity Theft and Scam Prevention Services noted that in the United States approximately 15 million residents have their identity used fraudulently each year with financial losses totaling up to $50 billion.

A fraudster steals personal information to take their victims money, buy property, and set up bank or phone accounts in their names. In other words, with a stolen ID the fraudster can effectively become someone else. 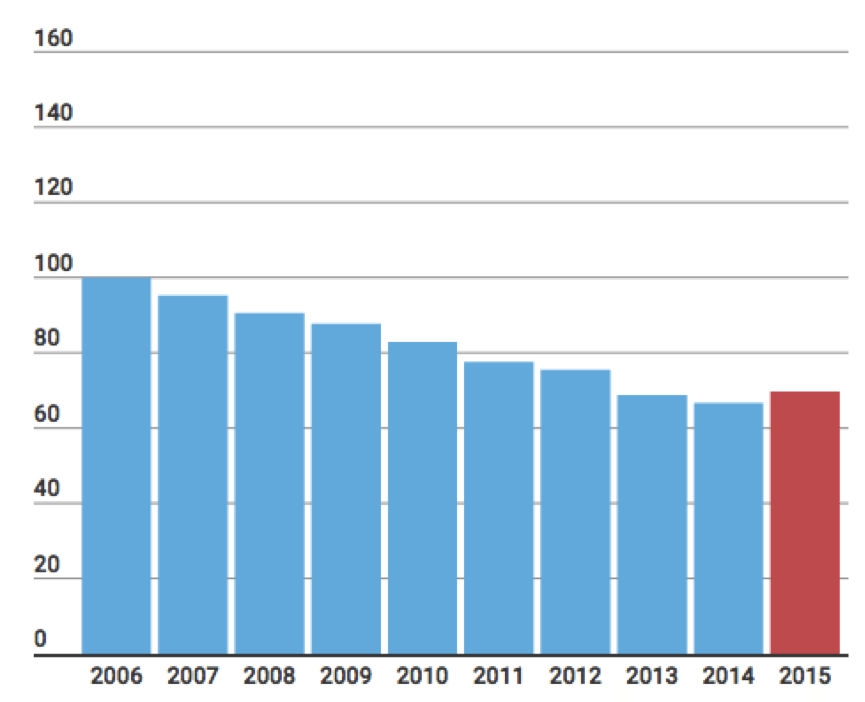 Identity fraud is a worldwide problem. The UK saw the number of victims rise by 31% to 32,058 in the first three months of 2015, compared to the same period in 2014. The BBC has learned that criminals are increasingly using internet forums to buy and sell data (read more).

But despite the increasing attention to the topic within the EU, it is not as significant a problem as it is in the US and Canada. In a Police Chief Magazine director of Privacy International, Simon Davies, tells that most European citizens are less willing than Americans to share their personal information without having strong reasons for doing so. After giving your identity information, you can never ‘take it back’ (read more).

Decrease of identity fraud in The Netherlands

America is one of the top victim countries in the world. I, the author of this article, am originally from The Netherlands. The organization keeping track of all statistics and numbers in my country is called the CBS (Central Bureau of Statistics). Their records show a decrease of identity fraud from 16% in 2012 to 6% in 2015. 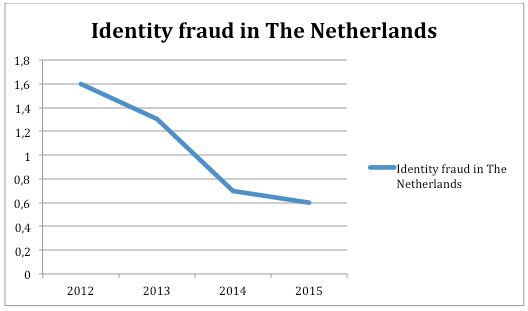 The rates in The Netherlands (CBS)

How did The Netherlands manage to cut the amount of victims of identity fraud in half within three years? CBS thinks it is because the number of skimming incidents is reduced. Fraudulent copying of credit and debit cards happens less since the use of a chip reader instead of the magnetic stripe. Another reason is the fact that Dutch card owners can not use their card outside of Europe, unless he or she manually changes that service at the bank. Also EU citizens use fewer credit cards, mostly because the bank has higher standards of verification and approval.

I have been a victim of ‘skimming’ fraud. This scam means that a skimmer illegally collects data from the magnetic stripe of a card. The information is copied onto another blank card’s stripe and then used by the identity thief to make purchases or withdraw cash in the name of the actual account holder. When the bank noticed unusual expenses, my card got blocked immediately. I called the bank and they informed me that I got skimmed and that somewhere in the world someone stole €500,- from my account. The amount was returned by the bank a day later.

Countries with a lot of identity theft have a few things in common: they have a strong economy and citizens who prefer to do their banking online, leaving enough trails for hackers to pick up and steal their identity (read more). There are many ways to prevent becoming a victim of identity theft. This animation about consumer fraud explains the scam and provides tips to protect yourself.