As Canadian Fraud News mentioned in a previous publication (‘Blaming the victims’-article) everybody can fall for a fraud scam. But there are specific types of fraud victims that keep appearing in news articles. Think about heavy technology users, the so called generation Y, falling for online scams and digital-illiterate seniors getting fraudulent calls from the CRA.

Who are the people in these target groups and why are they so vulnerable? In this miniseries we will study every type individually, define the characteristics and discuss their weak spots. Today we will talk about fraud victim type 1: the over-confident educated middle-aged males. 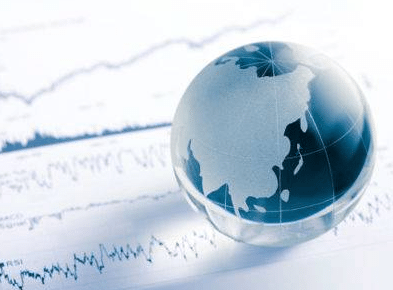 Overconfident, middle-aged men are the most likely victims of investment fraud, according to a report from global securities regulators that highlights the challenge regulators face in combating fraud.

The IOSCO published the report detailing the results of research into the strategies and tactics being used by regulators to warn retail investors about investment fraud, and to educate investors on how to protect themselves against fraud (read more).

The report notes that investment fraud looks similar around the world, with fraudsters using common tactics such as cold-calling, or sending unsolicited emails that offer unrealistic returns, or use other high-pressure sales tactics. In response, regulators around the world offer similar messages warning investors about these common approaches and alerting them to warning signs. Most also focus on the importance of dealing with registered firms and individuals, and to some extent, registered products, it notes.

Surprising result on majority of victims

The report, which is based on a survey of regulators that participate in IOSCO’s Committee on Retail Investors, also found that one of the most important “surprises” to regulators is the research showing that the majority of fraud victims are “overconfident educated middle-aged males.”

While wide ranges of individuals become victims of investment fraud, research suggests that the average fraud victim is male, middle-aged, [married] and well-educated. These investors tend to be overconfident in their ability to make good investment decisions. Believing themselves invulnerable to investment fraud appears to make them more susceptible to being victimized (the report).

Regulators also say they were surprised with the investors’ naiveté and lack of caution. They are not aware of the resources government agencies offer to protect them; that even sophisticated/highly literate investors fall victim to fraudulent schemes; and, the ease and speed with which fraudulent investment schemes can be carried out.

Characteristics of the fraud victim type

People in this group mostly have the following characteristics in common. When making investment plans they often develop a trusting relationship quickly with people they have never met, only over the phone or e-mail. They are risk takers who are willing to invest large sums of money:

So what should this category of fraud victims do to prevent themselves? Fraud recovery lawyer Norman Groot knows the answer: “While I agree with the findings, I also recognize in a free market economy there will always be some investors who will be enticed by opportunities presented to them by persons who are not registered and not dealing with registered investment companies. I recommend you retain an independent investigation or law firm to conduct some background investigation on those you are dealing with. We often observe in our files that the legal fees that investors incur to attempt to recover their lost funds are vast multiples to the cost of background investigations to expose charlatans seeking to divulge you of your hard earned assets (read more).”