A judge has accepted a joint Crown-defence recommendation that a former prominent Quebec mayor be sentenced to six years in prison for fraud. Ex-Laval mayor Gilles Vaillancourt pleaded guilty two weeks ago to three fraud-related charges and was incarcerated after defence and Crown lawyers agreed to the six-year jail term.

Quebec Superior Court Justice James Brunton had to sign off on the deal and did so Thursday. Vaillancourt, 75, must also reimburse about $7 million, mostly from Swiss bank accounts, as well as hand over his condominium to the city he headed for 23 years. 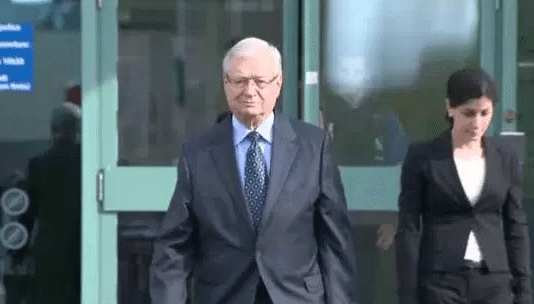