< What is fraud and why should victims plead in the civil courts? - Canadian Fraud News Inc. | Fraud related news | Fraud in Canada

Home » Featured » What is fraud and why should victims plead in the civil courts?

What is fraud and why should victims plead in the civil courts?

According to the latest reports, the Anti-Fraud Centre receives almost 5000 marketing fraud complaints every month, with total losses of more than $5 million. As shown in the statistics below, more people become a victim of identity fraud every year. Other sources show an increase in cybercrime too.

Let us not forget about the telephone scams that have been torturing Canadians for years. Phone scams happen every single day and fraudsters steal thousands of dollars from their victims. Also corporate and investment fraud happen all the time (if you wish to learn more about different types of fraud, visit the ‘about us’-page). Understanding and defining fraud is very important to victims, and here is why. 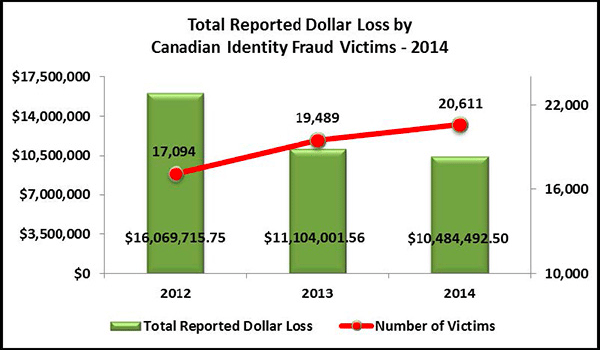 The difference between fraud and other actions like negligence, breach of contract or sharp business practices can be very confusing. Even when you have figured out that you are indeed dealing with a case of fraud, multiple new questions arise, like: should you make a civil, criminal or administrative complaint?

The first step to understanding your situation is defining fraud. Determining whether what has occurred fits within the legal definition of fraud, is not as difficult as some in the legal profession have made it out to be. Fraud may be defined as any form of dishonest or deceptive behavior that is intended to create a risk of loss.

“Fraud may appear in as many forms as the human mind can create.” – Norman J. Groot, fraud recovery lawyer

Some say this response is unsatisfactory because it is vague. But fraud can never be defined with precision because it may appear in as many forms as the human mind can create. It is often helpful to think of fraud as theft by lies – a concept separate from robbery, which is theft by violence, or the concept of conversion, which is theft by stealth.

Sometimes fraud is referred to as a criminal matter, for example in the case of Siegel and Hibbert. The civil court held: ‘Criminal Fraud requires proof of a dishonest act involving “deceit, falsehood or other fraudulent means” which causes detriment or deprivation of the victim’. The court concluded that false representation is not necessary in a civil action; it is sufficient if the means are fraudulent.

So fraud requires a person to be aware of the risk posed to another’s interests. The subjective awareness can be inferred from the evidence. It may also be established by evidence showing that the perpetrator was willfully blind or reckless as to the conduct and the truth or falsity of any statements made (Theroux 1993). 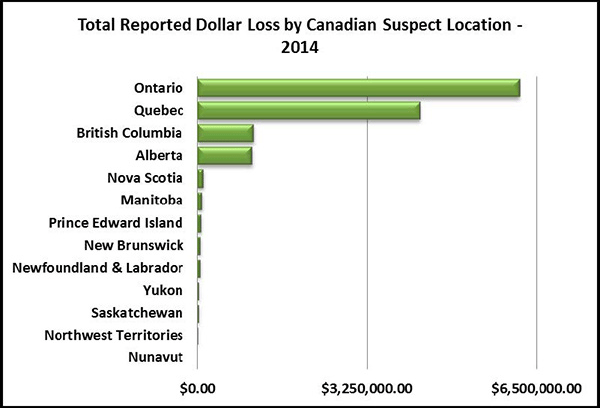 A sincere belief or hope that no risk or deprivation would ultimately materialize does not establish an absence of fraud. The gullibility of the plaintiffs in believing the misrepresentations of the defendant, or lack of care on their part in failing to make an independent investigation, is no defence to an action based on fraud. It does not lie in the mouth of one who makes a statement on which another relies to say that the other was careless in believing him.

Why plead fraud in the civil courts?

A less serious allegation such as breach of contract or negligence may result in a judgment in their favor. And criminal restitution orders or administrative disgorgement orders may result in recovery. Not proving an allegation of civil fraud may result in higher adverse cost awards, and proving fraud is often more expensive due to the higher degree of detail required obtain the requisite standard of proof. So why plead for fraud in the civil courts? Four reasons:

1. A judgment in fraud survives a bankruptcy by a debtor

The primary reason to consider alleging civil fraud is to obtain a judgment that becomes a debt that survives bankruptcy. A fraud victim can obtain a judgment that is nothing more than a paper victory if the fraudster, once the judgment is entered, assigns him or herself into bankruptcy. The fraudster in such cases will often list the judgment in his lists of debts, and seek a discharge of that debt. There is an overriding social policy that debts resulting from fraud, for example, should not be discharged because if social policy were otherwise, crime would pay. For more information, see the Government of Canada website.

2. A judgment in fraud pierces the corporate veil

Often a fraudster will use a corporation to enter into contracts that are fraudulent. This is because the law typically treats a corporation as a separate legal person who is solely responsible for the debts it incurs. The law also typically limits shareholder liability to the capital contributed to the company. On this basis it is said that a corporate veil exists to distinguish between a company as a legal person separate from those who own or control it.

Where a fraudster uses a corporation to undertake a fraud, or where a fraudster seeks to limit his or her personal liability to that of his share capital, a victim should sue the individual who was involved, assisted or benefited from the fraudulent acts. The fraud victim should also seek a Declaration that the corporate veil is pierced, and the judgment is valid as against the individual in the amount of the loss as claimed.

3. A claim and judgment in civil fraud grants access to a wider array of remedies

A judgment in fraud often grants a wider arrange of remedies than a traditional breach of contract or negligence finding. In breach of contract and negligence cases, the Courts typically grant damages – being a money judgment for the loss. If the Court makes a finding of fraud, the Court may grant rescission, declare the contract void, and place the victim back in the position he or she was before entering into the contract. Conversely, a Court may grant the victim the profits obtained by the fraudster that were concealed from the victim.

In a typical case of breach of contract, a party is not permitted to trace where their money went. If fraud is properly plead, a victim may seek pre-action remedies such as tracing their money to locate and freeze it and to identify those involved in the fraud. Where pre-action remedies are not sought, the tracing of the victim’s money can be done through the discovery process to identify those involved in the fraud and possibly to seek a freezing order over the funds. In other cases a judgment in fraud may permit the tracing and accounting of funds as part of the judgment enforcement process.

4. A claim in civil fraud grants access to a wider array of defendants

Often in criminal and administrative fraud proceedings, the target is only the primary fraudster and / or their conspirators. In civil fraud recovery actions, the victim has the option of bringing action against a wider range of defendants that include conspirators, those who knowingly assisted, and those who benefited.