The debtor’s jail in fraud recovery through the criminal process

Fraud victims often ask me if the judgments that they obtain against fraudsters are worth anything more than wallpaper. There is good reason for fraud victims to ask this question, as often judgments for fraud are not collected on – or at least not easily. The reason they are not collected on is because there is insufficient leverage or pressure on the fraudster to pay.

Incarceration is the ultimate leverage for compliance with court orders in the administration of justice system. However, incarceration is not available to coerce a fraudster’s compliance with an order to pay damages from the civil justice system. I will discuss debtor’s jail, and how it may be making a come back under the guise of forfeiture orders. Other forms of leverage to obtain recovery, such as media shaming, street justice and self-help are beyond the scope of this blog.

History of debtor’s jail in Canada

In the case of Greenberg v. Nowack (2016) the story is told of how Justice Perell refused to incarcerate a sociopathic fraudster, Steven Nowack, for a rather simple act of contempt of court because he thought the fraud victims were using civil contempt as a form of debtors’ jail. Justice Perell used this case to provide us his version of the history of debtor’s jail in Canada:

“A person who deliberately and willfully breaches a court order, other tha 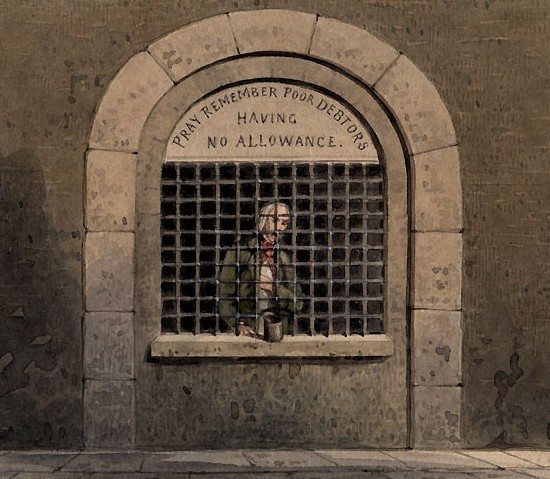 “The contempt power is not to be used as an instrument of coercion to secure the payment of debts or to vent their anger at the judgment debtor, however justified that anger might be. The administration of justice is long past using imprisonment as a coercive measure to compel debtors to pay their debts. The contempt power is used to facilitate the judgment enforcement process not to return to the days of debtors prisons where persons were imprisoned simply because of an inability to pay their debts.”

Justice Perell tells that the imprisonment of judgment debtors in aid of execution of judgment has a long and fascinating legal history in England and Canada. As explained by Professor Dunlop, by the procedure known as capias ad respondendum, which has roots back to the thirteenth century, the sheriff was commanded to take (‘capias’); which means arrest the debtor, and take him to jail until the case went to judgment and then to keep the debtor  there until the debt was paid. 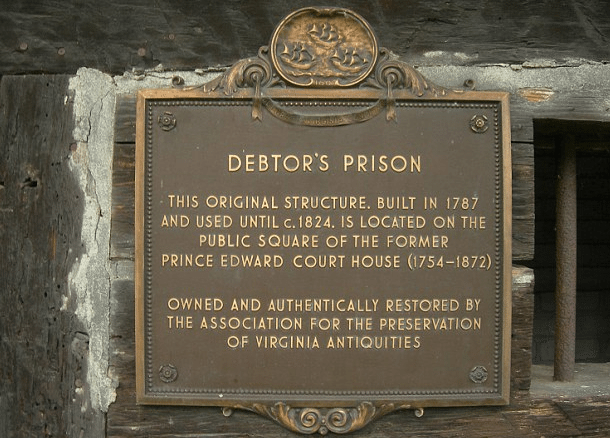 Over the centuries, the law was reformed in England and Canada and a creditor’s rights to imprison a debtor disappeared, and those rights were replaced by an expansion of the remedies against the property – but not the person – of the judgment debtor. It was in this context of a law reform movement to replace the imprisonment of debtors with an effective enforcement mechanism that the contempt power must be understood.

While what Justice Perell referred to as debtor’s jail may no longer exist, the Ontario Court of Appeal has apparently brought it back in another form which we characterize as ‘fine-in-lieu-of-forfeiture’ jail.

In R. v. Angelis (2016), released in September 2016, the story is told of another sociopathic fraudster who continued to commit his frauds even while on release from criminal charges for fraud. As mentioned above, I previously published a story on this case. I often advise fraud victims that civil litigation should be the foundation of their fraud recovery efforts. The Court of Appeal supports this position:

One of the fundamental reasons for this is because the proceeds of fraud are often in the hands of third parties, requiring that knowing receipt, knowing assistance or conspiracy civil actions be brought against such third parties to obtain a recovery.

The trial judge’s decision in R. v. Angelis was overturned for various reasons. One statement of the trial judge that did not reflect reality was the proposition that: “The statutory purpose of restitution orders as preventing an accused from profiting from crime and providing a concurrent, rapid and inexpensive means of recovery for the victims of those crimes.”

While criminal restitution orders may be inexpensive to fraud victims in the sense that they are not paying lawyers to recover their money, restitution orders are most often not ‘rapid’ and are often ineffective as the fraudster will not pay. That is one reason why fraud victims are advised to have ‘concurrent’ civil recovery proceedings – as the criminal system often takes far longer to process justice than the civil system, and has a lower ‘conviction’ rate due to the higher standard of proof required due to its option of incarcerating the fraudster – as opposed to simply making an order to pay. 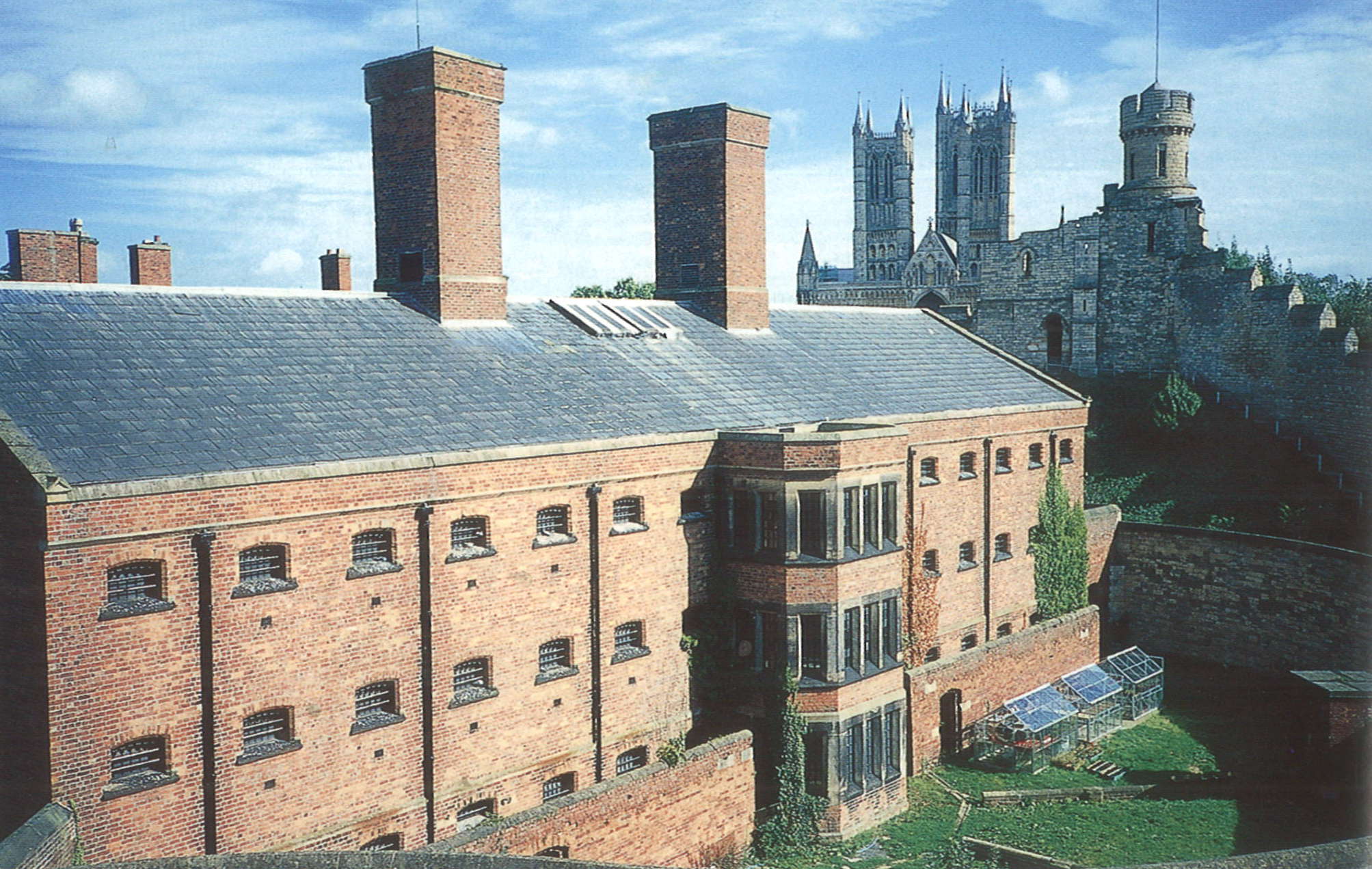 Lincoln Castle prison, first built in the castle grounds as a debtors’ prison in 1791

The status of forfeiture jail in Canada

What is critical to understand about the new forfeiture laws is that they are not part of the sentencing provisions under the Criminal Code, and not part of civil fraud recovery.

In R. v. Angelis, the Court of Appeal described the government’s objectives this way: “Parliament recognized that the forfeiture of proceeds of crime is not always practicable. Sometimes, proceeds can’t be found. They may be outside Canada; or in the hands of a third party. What was taken may have been substantially diminished in value, rendered worthless or commingled with other property that cannot be divided without difficulty. And so, Parliament enacted a provision to permit judges to impose a fine in lieu of forfeiture.”

Is mr. Angelis going to jail or paying the fine?

Fines in lieu of forfeiture give fraudsters the option, after they complete their criminal sentence, to pay ‘the fine’ or go to jail for a longer period of time. Mr. Angelis has the option of paying a $1M fine within five years, and if he fails to do so, he goes to jail for another five years.

The imposition of a fine in lieu of forfeiture is not punishment imposed upon an offender or a part of the global sentence imposed upon an offender despite its inclusion in the definition of ‘sentence’. Subsequent imprisonment for failure to pay the fine in lieu of forfeiture is an enforcement mechanism to encourage payment by those with the resources to do so. Given that the Court has stated that Mr. Angelis does not have the resources to pay, and as it is unlikely that a fraudster can legitimately acquire $1M in five years, it seems Mr. Angelis may be heading back to jail – his tough luck.

Mr. Angelis has a choice – serve five years of jail or pay – which sounds a lot like the debtor’s jail that Justice Perell found offensive in the Nowack case. It appears to us that the forfeiture provisions may have brought back to Canada a limited form of debtor’s prison – a good thing in the minds of most fraud victims.