The Superior Court of Justice civil fraud judgment against clothing fashionado Miriam Binns, owner of W10 Colours Limited, remains unpaid. Binns has failed to comply with a criminal restitution order of $45,000 issued against her.

Forged cheques as against her former business partner

W10 Colours Ltd. is a service in Yorkville that creates custom-tailored wardrobes for women. The store is owned by Miriam Binns of Scarborough. On January 21, 2014, the Superior Court of Justice issued judgment for fraud against Binns and against W10 Colours in the amount of $97,224.00 plus interest and costs. She was found liable for passing forged cheques as against her former business partner Andrea Watley. A full transcript of the guilty plea of Binns was filed with the Court to obtain judgment against her. 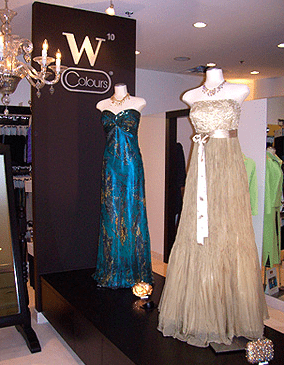 The Statement of Claim as against Binns and her company W10 Colours sets out the particulars of how the trust and confidence of her business partner Watley was abused. In related criminal proceeding, a restitution order was issued by the Superior Court of Justice in the amount of $45,000 as against Binns.

The clothing fashionado was to pay $400 per month commencing January 1, 2013. Binns, however, failed to make the payments, but was not breached her probation for failing to comply with the court order. She continues to operate her company W10 Colours as if the court orders do not exist. Watley is exasperated at the ineffectiveness of the Ontario courts to hold Ms. Binns accountable.

W10 Colours refused to give a refund

Binns appears in other online complaints too. Cheri posts that the store owner charged her twice for something she ordered: “She promised a full refund in writing if I was not happy and now has refused to give me a refund.” In addition to the above double charge which she said was a bookkeeping error, Binns made two unauthorized charges to Cheri’s credit card (read the full complaint here).

We tried to contact the store for a comment but the number on the website (416-962-5445) did not exist and the other one (416-962-2224) seems to be a weightloss clinic. Fraud Recovery Lawyer Norman J. Groot commented on the case: “The judgment as against Ms. Binns survives for the rest of her natural life. We anticipate collecting on this judgment through her employment income and otherwise at some point over the next years.”

The efforts of Watley to collect on her judgment are ongoing. Anyone with information on Miriam Binns is asked to contact Investigation Counsel PC at 416-637-3150, or admin@investigationcounsel.com .