Publication of Civil and Criminal Fraud Judgments Issued by the Courts

In Canada a central registry of civil and criminal fraud judgments, that would allow anyone to simply search a name to determine whether someone they are dealing with has been involved in fraud, does not exist.

Currently, searching for whether judgments have been issued by Canadian Courts against anyone for fraud requires manual searches through various legal search engines and/or individual court files in each jurisdiction – a task which most of the public will not pay for or know how to do.

Publication of Fraud Investigations and Judgments in Mainstream Media

Press releases are issued periodically by the police on those individuals they are investigating for fraud. However, these press releases are issued in only a small fraction of their cases. Often police will issue a press release as a means to alert the public about an ongoing fraud investigation, and to elicit other victims and information from the public. Even in such cases, the media often do not state the name of the person they are investigating for fraud in the headline.

Without mention of Mr. Nowack’s name in the headline, many reading this headline would not know who the target of the investigation was, and without further inquiry, would not know whether they have been a victim of this fraudster or have vital information to contribute to any ongoing investigation. – see: Toronto Sun .

Press releases are also occasionally made by law firms, usually in the context of announcements of class action law suits. Again, the purpose of these press releases is to alert potential members of the potential class of plaintiffs of the existence of the action, so that they may opt in or opt out, and to alert the public for the purposes of protecting themselves.

Press releases of judgments in criminal fraud cases are more prevalent in the mainstream media than judgments in civil cases. Yet similar to police press releases on fraud investigations, the criminal judgments reported in the press are a mere fraction of the judgments actually rendered. The result is that it is very difficult for most fraud victims, and those undertaking some basic due diligence, to easily search online or otherwise for information on persons involved in fraud. 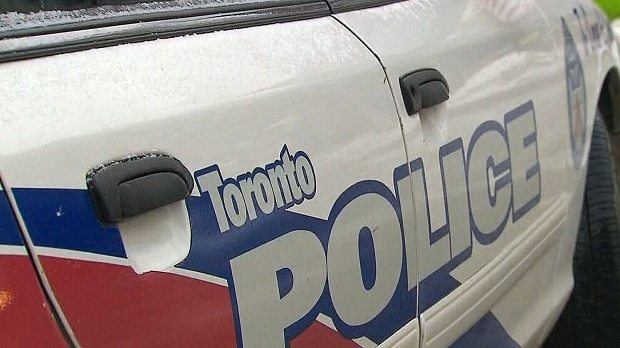 Frequency of Publication of Press Releases sent to Mainstream Media

It is also important that fraud victims be aware that even if the police or those in the private sector issue a press release, there is no assurance that the mainstream media will publish the story.

For example, our firm is a member of Canadian Newswire (CNW). When CNW issues a press release, it is sent to mainstream media, and each subscribing mainstream media outlet then decides what it wishes to publish. The reality is that most days the vast majority of press releases go unpublished – and hence again, it is difficult for those undertaking basic due diligence to easily search online or otherwise for information on persons involved in fraud.

In addition to CFN being a fraud prevention resource for Canadians, our firm is using CFN for fraud recovery and investigation purposes (as well for fraud awareness purposes).

The case of fraudster Cosimo Polidoro is an example. In 2016 we commenced an action against Mr. Polidoro on behalf of a group of investors who had provided funds to him for investment into residential building plots.

Unbeknownst to the investors, Mr. Polidoro was on charge by the York Police for selling an interest in condos that allegedly did not exist. These investors did not have readily available access to this information, such as simple search on Google, to learn of the conduct that Mr. Polidoro eventually perpetrated on them. Without any further due diligence, they invested with Mr. Polidoro.

To state the obvious, publishing stories on fraud raises a concern about defamation. To avoid any bona fide obligations, press releases should be drafted in a very fact specific way, where each fact stated can be supported by a public document. Short press releases are preferred in any event, as the purpose is to put the reader on notice to make further inquiries or contact the law firm issuing the press release.

It is no coincidence that we are publishing this blog post during Fraud Prevention Month. Fraud Prevention Month is an annual public awareness campaign held in March that works to prevent Canadians from becoming victims of fraud by helping them recognize, reject, and report it. This year marks the 13th anniversary of the annual education and awareness campaign that began in 2004 by encouraging Canadians to recognize, reject, and report fraud.

“Recognize, reject and report it.”

Through CFN, we provide information and press release services to Canadian on more significant quantum frauds that are generally preventable with the type of due diligence offered through CFN, or more comprehensive due diligence as offered as a legal service through our firm. We urge our readers to report fraud to CFN through the website portal at www.canadianfraudnews.com , or to our law firm.

Coordinating civil recovery prosecutions with criminal complaints, and media press releases, is something most fraud victims should canvas with their fraud recovery lawyers before commencing either process. For further information on having a criminal restitution order enforced as a civil judgment, please contact us.