January 7, 2021, Toronto — A dozen Toronto-based landlords have made progress in their attempt to reclaim their luxurious houses after discovering they were being rented out as rooming homes to dozens of individuals.

On Dec. 2, 2020, Ontario Superior Court of Justice Judge ML Edwards ordered Arif Adnan Syed, the 37-year-old Markham man, to pay $36,000 in restitution to the landlords within 10 days. If the restitution is not paid within that timeframe, Justice Edwards said he would issue a warrant of committal for Syed to be incarcerated for 120 days. 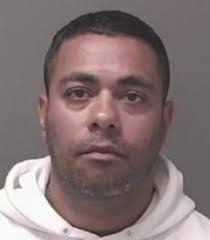 Syed was declared in contempt of court for refusing to comply with a court order to restore single family homes that he had rented and turned into rooming houses back into single family homes. Ayed was renting homes for $3,000 per month and generating $11,000 per month as flop residences. While generating exorbitant rental rates, Ayed refused to pay the home-owners per their rental agreements.

The civil contempt of court proceedings were instigated after criminal charges against Ayed had no effect on his behavior and did not restore possession to the homeowners.

John Davies and Titi Zhang are amongst 12 individuals who rented houses to Syed between December 2019 and June 2020. They allege in civil proceedings that the unlawful rooming homes has resulted in an estimated $1 million in damages.

CityNews reported that Zhang, a real estate agent, leased her in-laws’ Richmond Hill home to Syed in March and, a month later, the fire inspector told her they’d found up to 24 people living in the 2,800 sq. ft. home. John Davies, a University of Toronto professor who owns a property in Thornhill told reporters that, at one point, 20 subtenants had moved into his Thornhill residence, a hair salon had been set up in his living room and an individual sleeping in his furnace room.

The 12 landlords brought a civil lawsuit against Syed after unsuccessfully appealing to the Landlord and Tenant Board. Documents filed with the court stated, “while the lease agreements between the Plaintiffs and Syed contemplated Syed residing in the residences with his family, as events transpired he had no intention of using the residences for his own personal purposes, but rather intended to utilize the residences as rooming houses.”

The landlords also presented fire department and zoning bylaw notices advising that the use of their properties as rooming houses was unlawful and in breach of the municipal code in the hopes they would be granted the ability to evict Syed and the occupants and regain access to their homes.

On Sept. 23, Justice Edwards said the civil courts did not have jurisdiction to grant an eviction order the plaintiff’s sought, citing the Residential Tenancies Act, 2006 which gives exclusive jurisdiction. He did, however, order the defendants to “restore the residences to their former status as a single-family residence so as to thereby comply with the provisions of the local zoning bylaws which prohibit rooming houses”.

On Oct. 8, Syed brought a motion to set aside the court order. In response to the motion, Justice Edwards ordered Syed to comply with the Sept. 24 order by Oct. 13, and that should he not comply the Plaintiffs would be at liberty to re-enter the residences and to take whatever steps were required to ensure compliance with all zoning bylaws”.

Use of Civil Contempt Proceedings to obtain Criminal Sanctions

Syed failed to comply with the orders issued by Justice Edwards. The plaintiffs then brought a motion to have Syed declared in contempt of court and sentenced to a term of incarceration to coerce him into compliance with the Court’s orders.

In his Dec. 2 decision, Justice Edwards noted the fact that Syed continued to accept rent further showed Syed had no intention to comply with the court’s order to restore the residences to their former status as single-family residences unless he was absolutely forced to do so. He also wrote that Syed had “freely admitted that when he entered into the various lease agreements, he did so fraudulently misrepresenting to each of the Plaintiffs his true intentions.”

The judge also ordered Syed to produce his bank statements to quantify Syed’s claims that he rented out the properties because he was struggling financially and did not realize his actions were against bylaws. A notable monthly charge was in the amount of $5,123 for a lease payment, likely the monthly lease of Syed’s Lamborghini sports car. This, the judge noted, did not measure up with his assertions that he is “struggling” financially—at one point during the case, Syed claimed he lives with his wife, two children and mother-in-law, that they are reliant on his wife’s income she receives from Bangladesh.

Syed’s bank account statements show total monthly deposits ranging from roughly $30,000 to $208,000 and total monthly withdrawals as high as $216,000 during the months he was leasing at least some of the luxury homes. The landlords say the homes sustained up to $1 million in damages across the 12 properties.

Based on his review of the evidence, Edwards ruled in favour of the plaintiffs and ordered Syed to pay restitution, but said it was “impossible” to determine how much damage was done to all of the properties based on the evidence in the contempt hearing. Edwards ordered $36,000—$3,000 for each homeowner—be paid in restitution with the sole purpose of repairs to the homes. He said he did not intend to impose a jail sentence (due to COVID-19 and in an attempt not to add additional strain on correctional centres) but, should Syed not pay within 10 days of the decision, he faces 120 days in jail.

On top of the $36,000 in restitution, Edwards also ordered Syed to pay the plaintiffs $65,000 for their legal costs in the civil courts. A full copy of the judgment of Justice Edwards from the civil courts is available here.

Some of the home-owners have made criminal fraud and forged document complaints to police according to CityNews.

In April 2020, York Regional Police began their investigation which resulted in several fraud charges being laid Syed and Hafsa Naseer, 25, in June of 2020. This included two counts each of uttering forged documents and identity fraud and one count of fraud over $5,000 for allegedly sub-leased the houses as rooming homes—in some cases, dozens of people were found residing in the homes, some operating businesses and paying rent to the suspects.

Syed told CityNews his name will be cleared in court.

“I don’t have fraudulent documents. I have my name, date of birth and my own ID. I will present evidence in court to prove this,” he said.

In May 2010, the Toronto Star reported that Syed was one of numerous persons arrested by Toronto Police in a moving company scam operated by his father Syed Altaf Hussain and his brother Arif Adnan Syed. In an investigation dubbed “Project Overhaul”, over 160 charges of fraud, extortion, possession of proceeds of crime and mischief were laid.

Payment of the Restitution Order

Civil counsel for the homeowners reports that Syed has paid the restitution order issued by the civil courts to avoid incarceration. The civil proceedings are continuing. The plaintiffs are seeking over $1 million in damages from Syed and his accomplices. The homeowners (Syed’s and Naseer’s landlords) say they were not paid any rent by the suspects but were unable to evict the suspects or occupants due to COVID-19 restrictions and are now calling for systemic change.

Anyone wishing to provide confidential whistleblower information on frauds perpetrated by Arif Adnan Syed are asked to contact Daina Slenys at dslenys@investigationcounsel.com .