Multiple people this holiday season got scammed on Amazon: “Three items that I purchased from three different Amazon merchants were simply never shipped — the sellers took my money and vanished. While Amazon admitted the fraud and backed up these purchases with their A-to-Z Guarantee, it still left me empty-handed on Christmas morning — a state of affairs in which I was not alone.”

Damaging the reputation of the Amazon

According to Marketplace Pulse, thousands of new seller accounts are being opened on Amazon each day. During their research into fraudulent vendors on the platform that they conducted in August 2016, they discovered sellers with upwards of 6,000 negative reviews from angry customers who never received what they paid for. This is a scam that is eroding the trust of tens of thousands of customers and damaging the reputation of the Amazon brand as a whole. 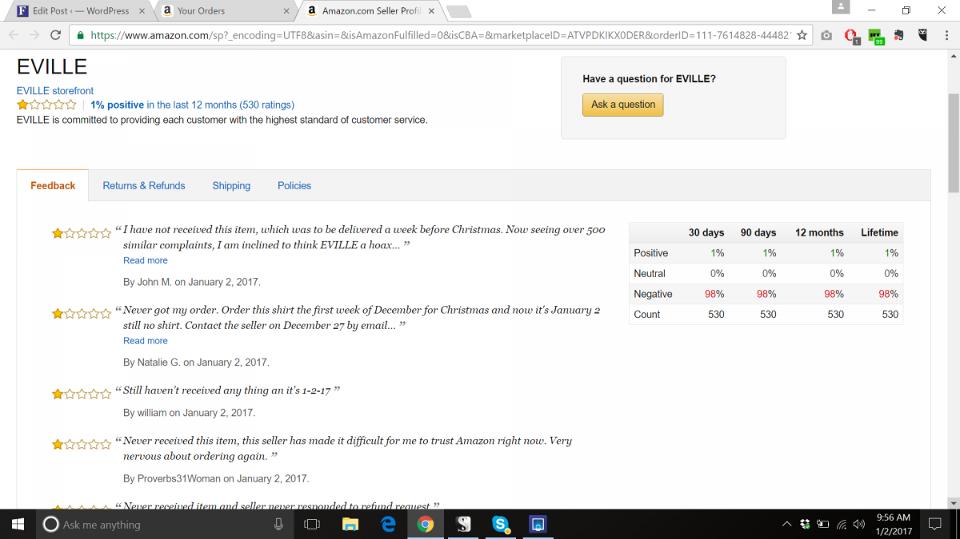