Victims of this tech support scam usually have a warning pop up on their browser telling them their computer is at risk. The Absolute Softech worker then offers tech support service for one year for $149 or for three years for $249. Meanwhile, the tests they run are fake.

The scammers at Absolute Softech have been accused of defrauding older people multiple times. An elderly woman writes in an online complaint: “My computer was taken over – loud alarm – screen telling me I had a virus. They told me they were with Microsoft and they could fix the problem.” In another report, Marian writes: “They should be shut down and arrested! These people scanned my 93 year old father out of $599! Elder abuse and fraud!” Michael also reports: “This company is definitely a scam! A pop up alerted me to call them for help! They were my virus!” 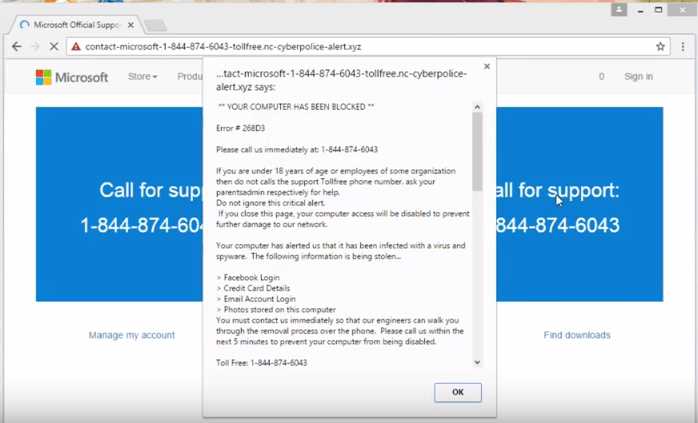 This YouTuber named Doug decided to call the scammers to ask them why they are defrauding people. But before he did that, he had some fun in making their jobs a little bit harder. He also intentionally wasted half an hour of the scammers time. The company seems to be using fake tests. The person on the other end of the line does not enjoy the call but also does not really deny his crimes. Read the rest of the conversation below:

Doug: “Did you really think I was going to give you my real credit card details? Because I know I am being scammed.”
Scammer: “What? Sir, you are being scammed?”
Doug: “I am being scammed. Do you want to know why I know I am being scammed?”
Scammer: “Yea.”
Doug: “For a start: DIR/s, 3cmd, netstat and stopped services.”
Scammer: “Oh okay.”
Doug: “All of which are not valid tests.”
Scammer: “May I know to whom I am talking?”
Doug: “You are talking to Doug.”
Scammer: “So, it is just a normal… You are doing a scandal, sir? Or some kind of prank?”
Doug: “No, it is not really a prank. Well, it is a bit of a prank, but see the thing is… I know for a fact that your company is fraudulent.”
Scammer: “Eh okay. So, now what?”
Doug: “Well, I want to know why you are trying to scam people with fake tests?”
Scammer: “See there are issues on the computer, right?”
Doug: “No, there is no issues. I got that pop-up from a YouTube video.”
Scammer: “Oh, you got it from a YouTube video…”
Doug: “Well, someone already called this number yesterday and wasted about a good half an hour of you guys time.”
Scammer: “Like today?”
Doug: “Like today. It just happened again. And it is going to keep on happening. Because you are scammers.”
Scammer: “Haha, we are not.
Doug: “Yes, you are. You are a scammer, aren’t you?”
Scammer: “Have a great day and take care, sir.”
Doug: “What are you going to do?”
Scammer: “Nothing. I am going out of your computer and do other things. Thank you for wasting my time.”
Doug: “You are welcome. I hope you enjoyed it as much as I did.”

Information in this article is based on online complaints.